A press release on the ID-EPTRI Kick-off meeting in Rome, 15th -16th January 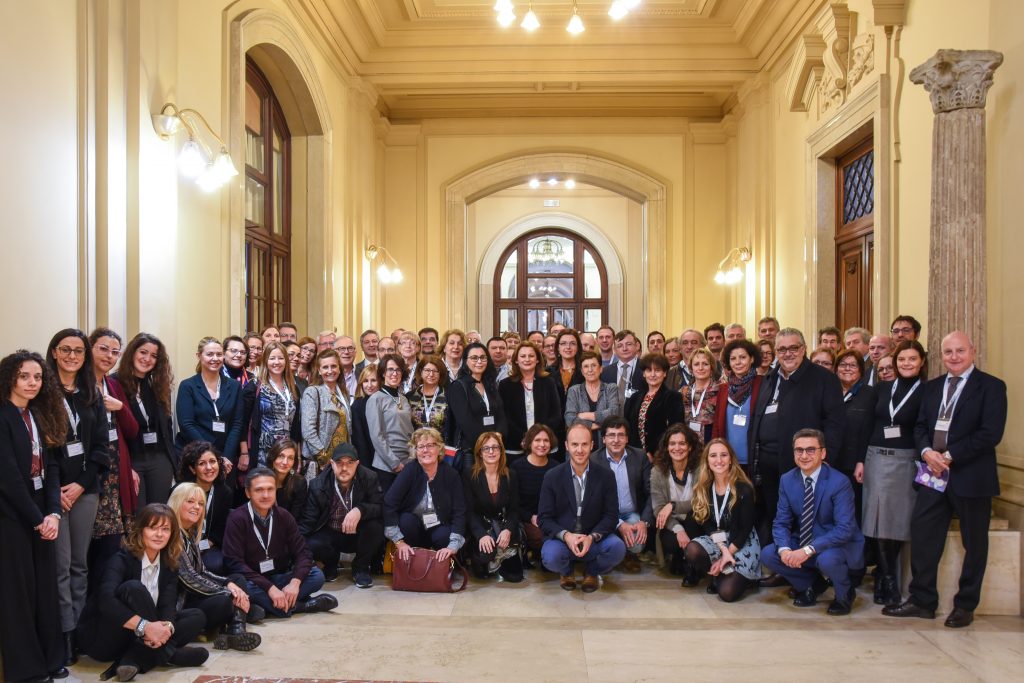 The Kick-off Meeting of the ID-EPTRI project successfully took place in Rome on the 15th and 16th of January, with the involvement of all the partners. Many thanks to CVBF for kick-starting this new adventure!

Roma, January 2018 – ID-EPTRI (European Paediatric Translational Research Infrastructure) is a project coordinated by the Consorzio per Valutazioni Biologiche e Farmacologiche (CVBF-TEDDY) that granted with 3 million of Euros from funding of the European Commission. The main objective of the project lasting 24 months, is to design the framework for a new European Paediatric Research Infrastructure (RI).

Minors represent 20% of the European population and their care is one of the most important priorities and challenges for Europe. It’s essential the development of evidence-based paediatric medicines and treatment strategies. Nowadays around the 50% of the medicines addressed to children and young patients have not been tested specifically for them. For this reason, it’s strategic the development of the suitable research infrastructure that can solve this problem, studying the paediatric research from the early phases to the paediatric formulation. Children and young patients cannot be never compared with adults as they are growing up and their metabolism is different. For this reason, the only way to develop better medicines for children and young patients is studying them specifically for this type of “special” population. A dedicated infrastructure integrating the different basic research networks addressed to paediatric population will help in the process to reduce time and increase the number of projects. On the other hand, it also can help to a fast translation into the clinical practice.

In order to set up the new RI within the European landscape, there will be three different phases:

1) a context analysis, aiming to acquire the information needed to complete a consistent CDR;

2) an operational phase focused more specifically on the design of the whole RI;

3) a feasibility phase in which selected pilot experiences will allow testing a limited number of services and tools delivered by EPTRI.

The involvement of children and young people is included in the development of the project, with the aim to ensure that their needs are addressed in the conceptual design report for the

development of the new infrastructure, that will join and cover all the different domains previous to the clinical research in drug development: 1. Pediatric Medicines Discovery and Preclinical Studies; 2. Biomarkers; 3. Paediatric Pharmacology, 4. Formulation Science, 5. Underpinning Paediatric Studies.

The Kick-off Meeting of the project will be held in Rome next 15th and 16th of January, with the involvement of all the partners. The agenda of the event is included in the Appendix 2. All the means of communication are welcome to attend to the meeting. In case of interest to plan a meeting with the coordinators of the project, please contact in advance with us. The venue is going to be:

Ministry of Education, Universities and Research

Consorzio per Valutazioni Biologiche e Farmacologiche (CVBF) is a not-for-profit organization, founded in 2000 with the mission to perform research and provide scientific, economic and regulatory consultancy for innovation in the health sector at European level. The main fields of interest are life sciences and biotechnologies, drug development for small populations (pediatric and rare diseases), research management and methodology, monitoring, statistics, regulatory, ethics and pharmacovigilance.