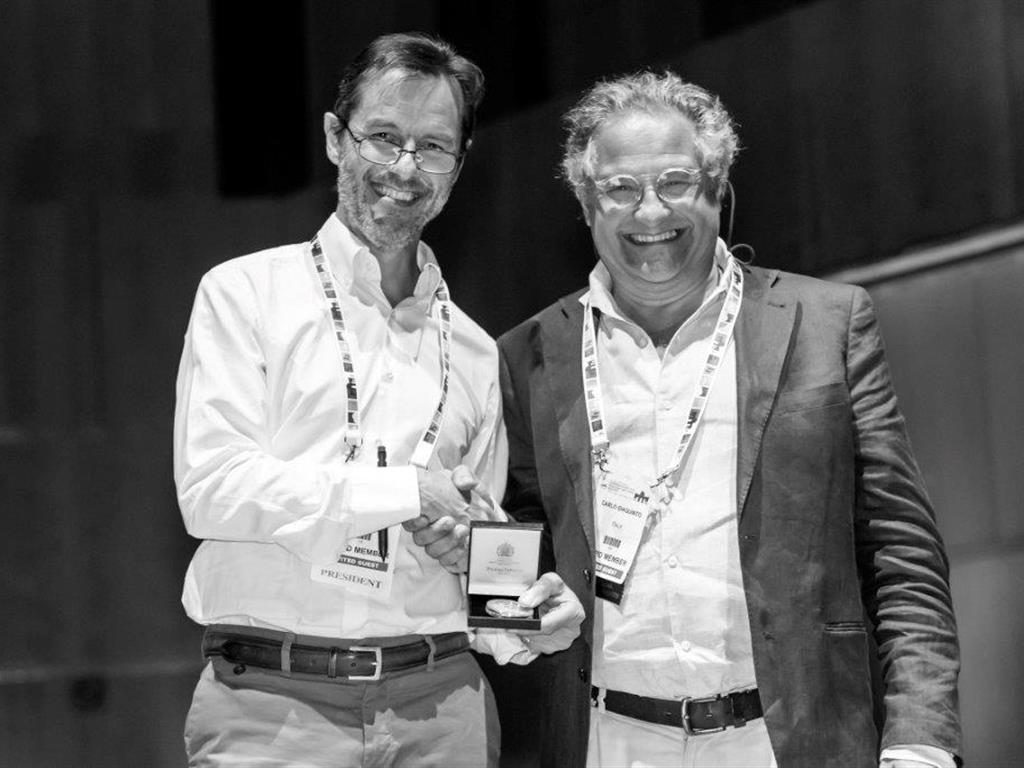 We are very proud to announce that today, May 26th, Prof. Carlo Giaquinto has been awarded the Bill Marshall 2017 medal by ESPID, after giving the lecture Paediatric HIV: The European Contribution.

ESPID offers the Bill Marshall Award, its most prestigious award, every year to a senior member of the society.

The award is named after Dr William Courtney Marshall (1929-1983), a founder member of ESPID who tragically died in his prime and not long after the society was founded. Dr Marshall trained at Sydney University, Australia and held junior appointments in Sydney hospitals before moving to London in 1958. He was briefly attached to Queen Charlotte’s Maternity Hospital before his appointment to Great Ormond St. Hospital for Children, where he worked for the rest of his life.

As a consultant and senior lecturer, he built up an international reputation as a unique clinician and teacher, especially in south east Asia. His special interest was infectious diseases in children, including the causes of infection and prevention by immunisation.