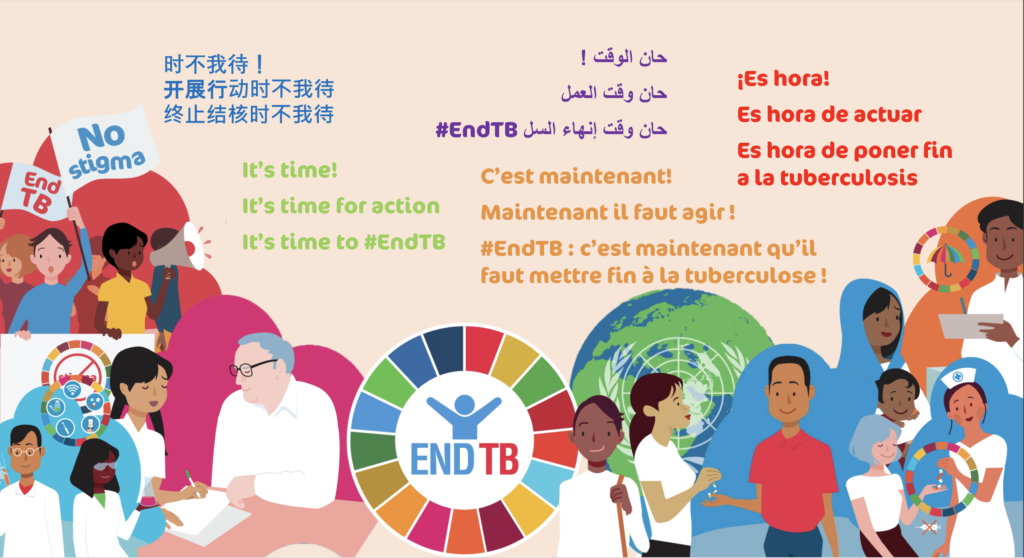 According to WHO, in 2018 an estimated 10 million people –  1.1 million children – fell ill with TB worldwide, and a total of 1.5 million people (of which 205 000 were children) died from TB. Eight countries account for two thirds of the total new TB cases. India has the most cases of TB followed by China, Indonesia, the Philippines, Pakistan, Nigeria, Bangladesh and South Africa.

Multidrug-resistant TB (MDR-TB) remains a public health crisis and a health security threat. WHO estimates that in 2018 there were 484,000 new cases with resistance to rifampicin – the most effective first-line drug, of which 78% had multi-drug resistant TB.

People living with HIV are 19 times more likely to develop active TB disease than people without HIV. HIV and TB form a lethal combination – each speeding the other’s progress. In 2018, about 251,000 people died of HIV-associated TB. In 2018, there were an estimated 862,000 new cases of TB amongst people who were HIV-positive; 72% of whom were living in Africa.

Ending the TB epidemic by 2030 is among the health targets of the Sustainable Development Goals.

The theme of World TB Day 2020 is: “It’s time”.  Placing the emphasis on the urgent need to take action aimed at guaranteeing worldwide equal access to prevention and treatment of TB, supporting TB research,  strengthening TB education and awareness among health care providers and fighting stigma against those with TB.

Penta’s commitment to fighting HIV is intrinsically linked with the fight against tuberculosis. That is why we value our close collaboration with pTBnet – the European Paediatric TB network. Established in 2009, pTBnet is an international network of over 250 clinicians and researchers working in the field of paediatric TB. Members of the network are based across 32 European countries, as well as America, Africa, Asia and Australia. The network coordinates clinical research across multiple sites and facilitates complex case discussion via its online platform. In addition, pTBnet has an advocacy role for children and adolescents with TB and supports training and education activities focused on paediatric TB.