How has Penta improved the treatment landscape for children living with HIV? 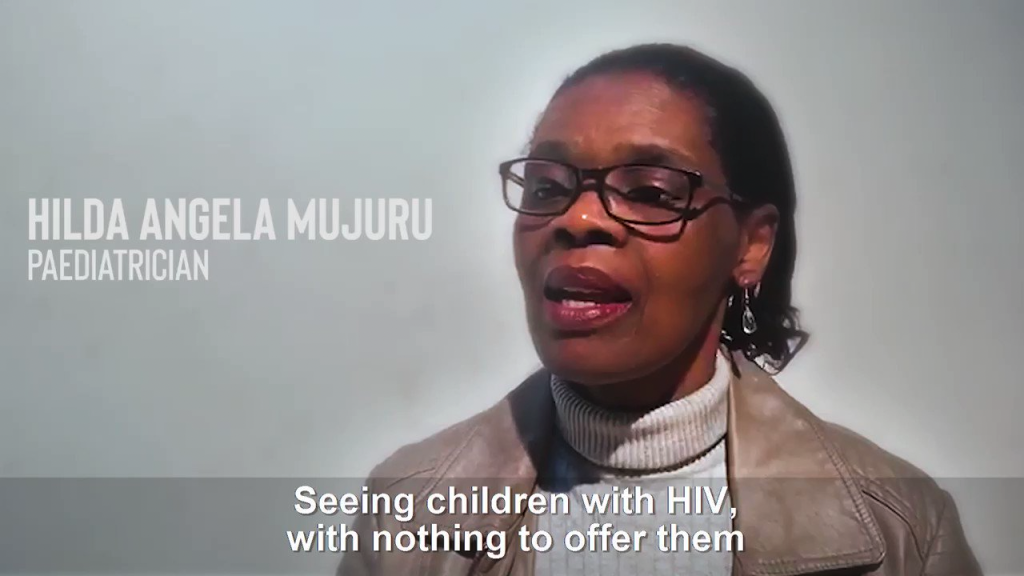 – This piece was written by Hilda Angela Mujuru, member of the Penta ID Network, and was taken from Penta’s 2021 Social Report.

In the early years of HIV, seeing children with HIV with nothing to offer them was the most difficult part of this pandemic for most of us.

It was hard to counsel a family, one didn’t know what to tell them when they asked for how long their child would survive. It was the look in their eyes, the expression on their faces that told the story. A story of a devastated family, of a system that has failed them, a story of lost hope and loss of trust in this medical profession which had no answers!

1987 brought a glimmer of hope when Zidovudine (AZT) became available – but this was only for adults with HIV. At that time, we felt that children were not left behind, but they were left out!

When adult formulations became available as fixed dose combinations, we started breaking adult tablets for treatment of HIV in children…. trying to save children’s lives.

It worked to some extent, I bet with a lot of challenges! Then some paediatric formulations started to be available, mostly as single drug and as suspensions. Some of the suspensions were unpalatable and very difficult to administer with poor acceptability by the children. So, in real life the children’s treatment was not optimal.

Practically the treatment was not effective. Because they were single drug formulations, parents would come with huge bags to carry the bottles of antiretroviral drugs. Added to this was the need for refrigeration which was barrier for most patients. I remember advising parents to improvise using sand or mud for drugs like Lopinavir/Ritonavir, which needed refrigeration.

So, Penta’s vision and recognition of the need for child-friendly formulations and simplified dosing regimens for children was the best thing ever.

Clinical trials on fixed dose combinations for children and dispersible tablets could not have been timelier. It was such a relief when these became readily available for children with HIV at appropriate dosages and adopted by WHO for international guidance – thanks to policy-changing studies like ODYSSEY and CHAPAS to mention but a few.

Simplification of regimens for children has remained one of Penta’s main objectives, reflected in the clinical trials we are conducting in collaboration with various partners. These make it possible for children to also get once daily dosing of antiretrovirals.

I applaud Penta for the continued advocacy and ensuring that children are prioritised when decisions are made on clinical trials for most efficacious medicines, thereby accelerating the availability of these medicines for children. So much has been accomplished at 30, yet so much still to be done!

Watch SUN&PETALS, Penta’s 12-minute documentary about the untold story of how mothers and children were left behind during the early days of HIV/AIDS.